The new logo for Harry Potter and the Cursed Child

By Dumbledore,
September 5, 2019 in The Daily Prophet: News Discussion

Top Posters In This Topic

I'm not sure I like this new logo, but I think it's because I've grown so used to the original one. In time, I'm sure I'll come to like this new change, however, I'd love to know if this means a new e 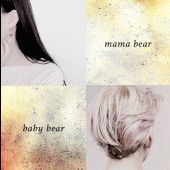 Absolutely not, it’s already been confirmed by Pottermore that it is NOT happening. The closest thing they could do though is release filmed versions of the stage production, but I’m not even sure if